This system is almost identical to the Mobile System, the big difference being that it is capable of being monitored via SMS. Upon detecting an intruder, the Wireless System will notify via SMS up to 5 mobile phones. In the meantime,  the sound barrier will activate and force the intruder to exit immediately. This system not only provides a high level of of protection via the powerful Intenso sound barrier, and adds an extra layer of security by virtue of its ability to report activation via SMS. If the client not only wishes to forcibly evict an intruder, but also to be instantly notified of the activation, then the Wireless System is the best choice. The system is armed and disarmed via remote control,  and is very simple to setup. A SIM card is inserted into the communication module (the black box) to permit the dispatch of notification messages. 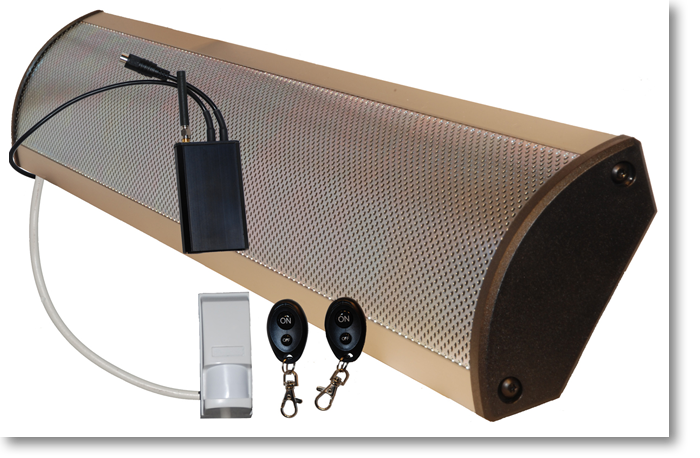 The Wireless System is, like the Mobile System, suited to a wide range of security applications - from temporary storage facilities to mobile offices. It is installed in premises where an even higher level of security is required than that afforded by an unmonitored Inferno security system. In some installations, remote monitoring may be required, yet infrastructure constraints (for example, no phone line) prevent this being possible. In situations such as this (for example, remote buildings/dwellings) the Wireless System is the obvious choice.